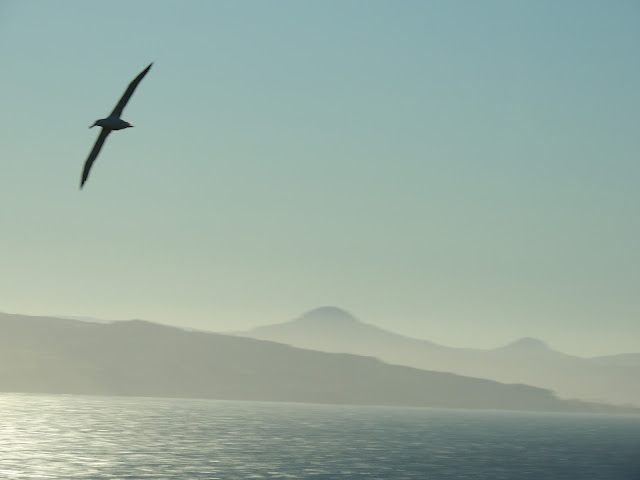 Yesterday after our walk on Allans Beach we drove north to Taiaroa Head to the albatross colony, managed as a nature reserve by the Department of Conservation (DOC). 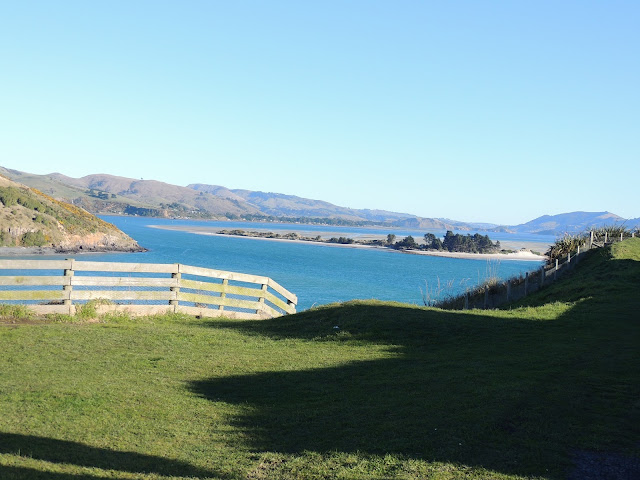 The history of Taiaroa Head, called Pukekura by Maori, is extensive. It served as a defensive post from the start of human occupation about 700 years ago. Maoria had a pa--a fortified village--at Taiaroa Head. 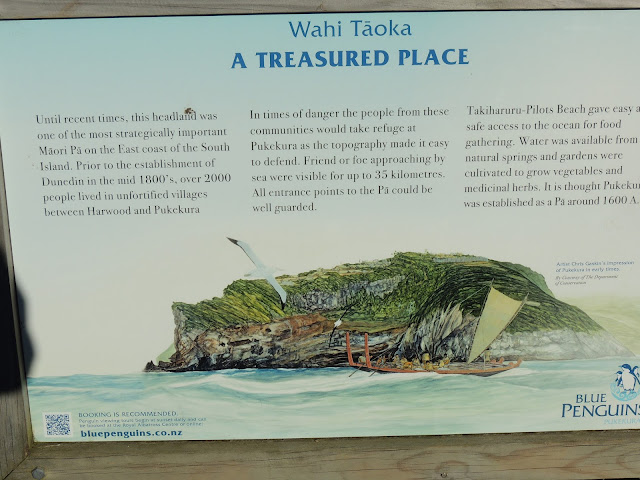 Northern Royal Albatross--Maori call them toroa--were recorded to have laid the first egg here in 1920, though there was much interference from predators and humans and the first chick fledged (left the nest) in 1938, largely due to the efforts of Dr LE Richdale, a Dunedin ornithologist who our guide told us set up a tent over the egg and stayed with it for 120 days. Here he is, weighing a bird, and here's a link to a book about him, which sounds quite worthwhile. 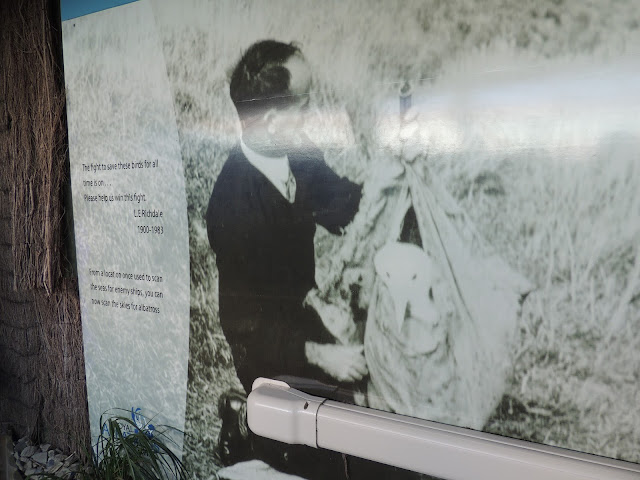 Via NZ Birds Online: The total breeding population in the Chatham Islands colonies (99% of the total) is estimated at c. 6,500-7,000 pairs, with c. 5,200-5,800 pairs breeding each year. This number roughly equates to a total population of 17,000 mature individuals. Nearly 30 pairs breed each year at Taiaroa Head which supports 1% of the population. (Ed. note: here's a map showing the Chatham Islands in relation to NZ's South Island.) 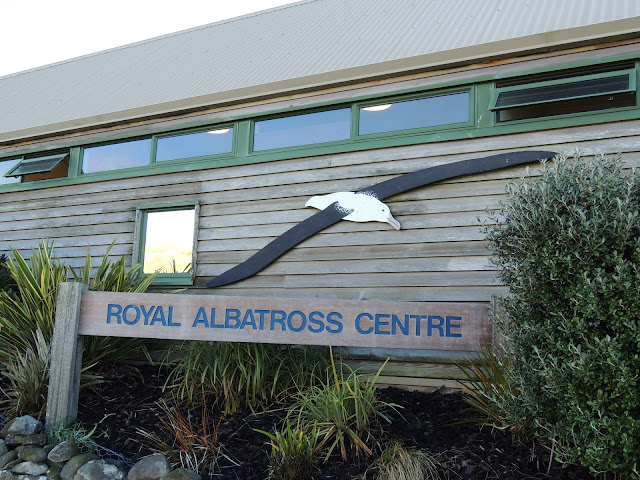 We learned much about the albatross in our preliminary lecture. Our guide was truly invested in the bird and excited to share his knowledge. Check out these life-size albatross wings, which span 3 meters +, or about 9.8 feet. 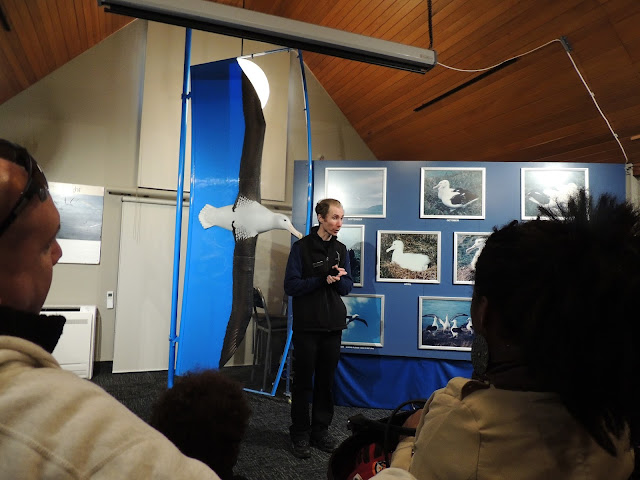 Astonishing facts about the albatross: they hatch and are fed by their parents who in time start placing the food enough distance from the hatchling so it has to walk to it, strengthening its legs. Here our lecturer shows that at six months, the young albatross makes its first flight from NZ to South America, an almost unbelievable distance for its initial flight. 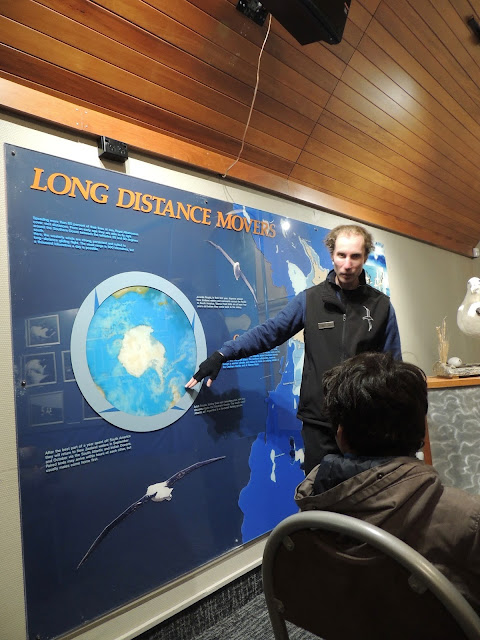 9500 km, or about 6000 miles, it flies and then the young birds spend four to six years flying and eating (mainly squid) from the water. The young birds here will not experience a touch-down on dry land until they return to Taiaroa Head in NZ. Four to six years later, their first landings were described by our guide as inelegant crash landings. 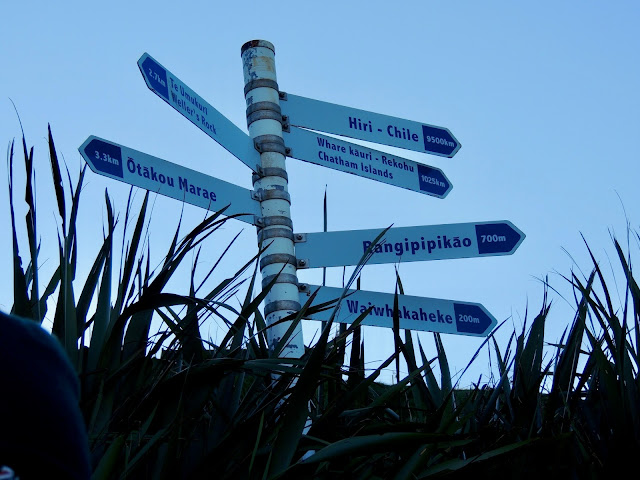 The DOC permits the Otago Peninsula Trust to conduct small guided tours to an observatory during certain times of the year to view parts of the nesting area. Here we start an upward hike in the direction of the glassed-in observatory, no talking until we were inside. 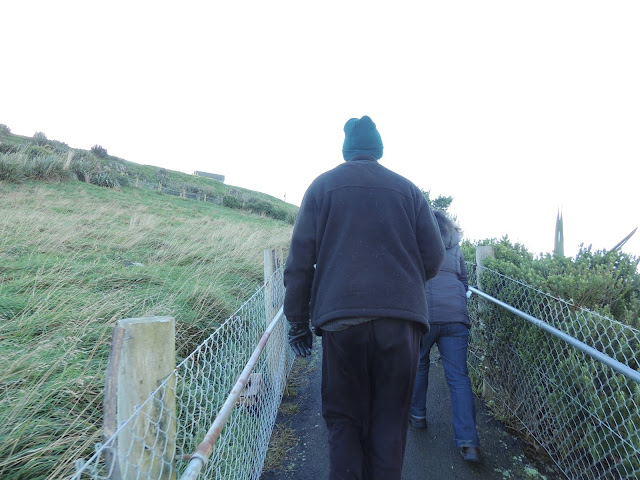 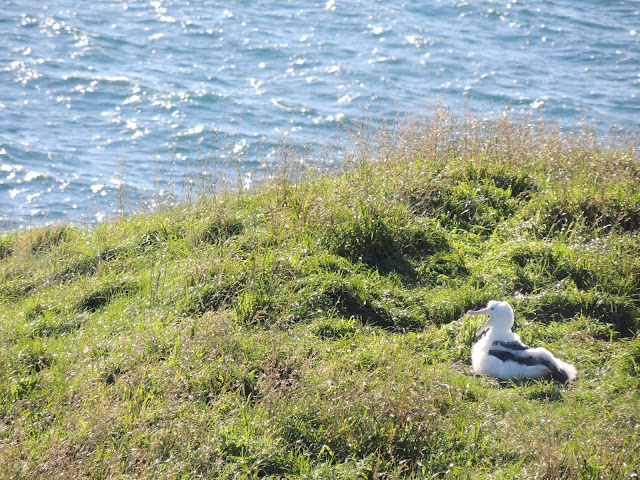 There's no predicting how much adult albatross action you'll encounter from the viewing station, so we were thrilled to see several adults sweeping in and out of our viewing area. They're extreme flying machines, and just beautiful. 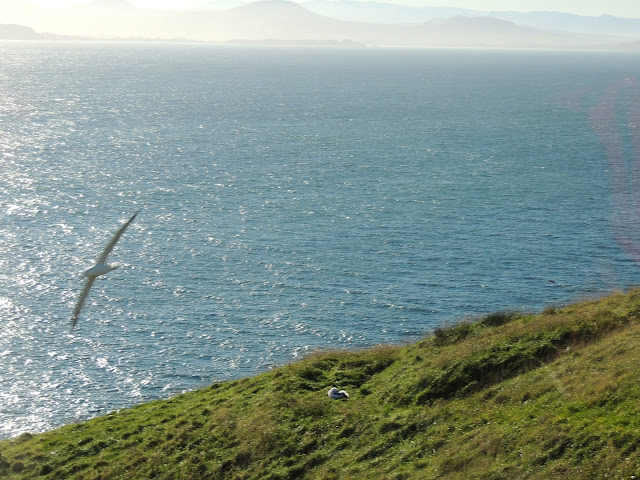 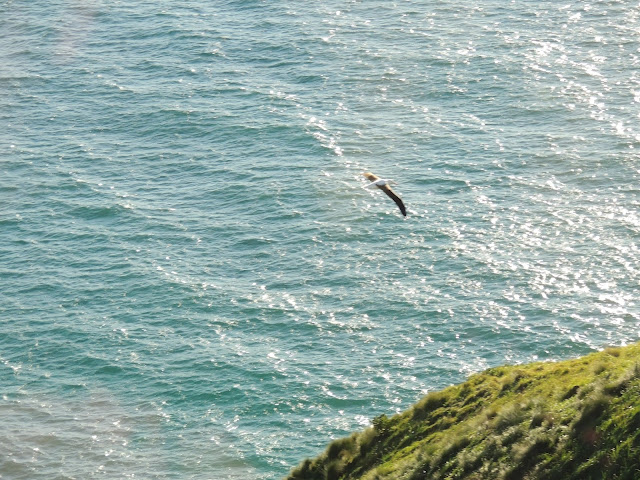 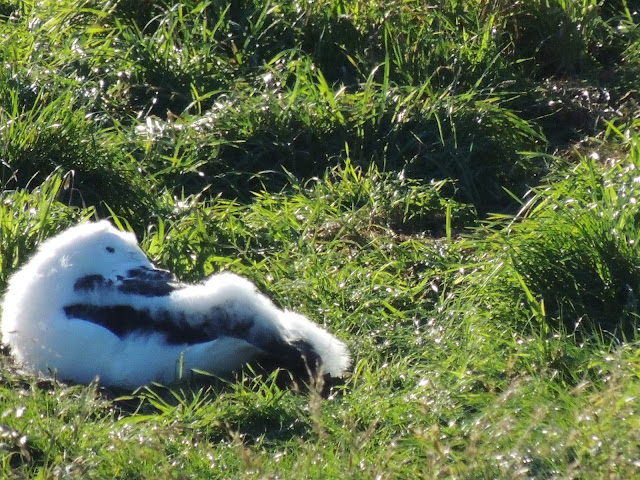 Flying at 75 mph, we were lucky to grab these shots! 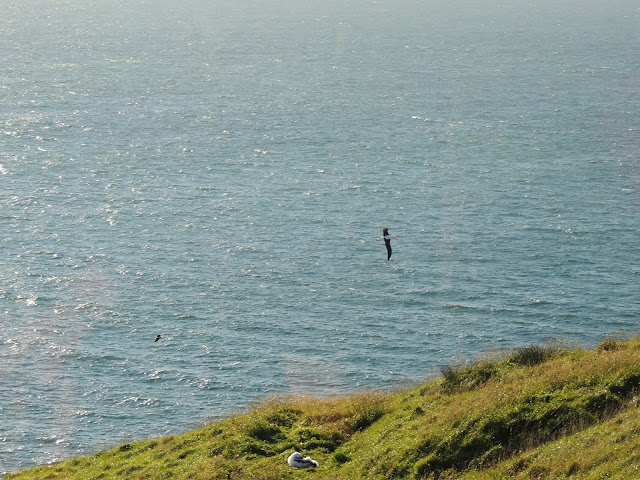 It was exhilarating to see them in action. Once the chicks fledge, the parents leave the colony to spend a year at sea before returning to breed again.

Via NZ Birds Online: The northern royal albatross is a huge white albatross with black upperwings. It usually mates for life and breeds only in New Zealand...Northern royal albatross can be sighted throughout the Southern Ocean at any time of the year. Non-breeding and immature birds, including newly fledged birds, undertake a downwind circumnavigation in the Southern Ocean. The main wintering grounds are off the coasts of southern South America.

Here's an exceptionally clear clip of a mum feeding her chick via the RoyalCam webcam at Taiaroa Head (click here to view video if reading in email).


Filled with awe for these extraordinary birds, we've worked up quite a thirst and head for the smart cafe on site. Flat white in a glass looks a treat. 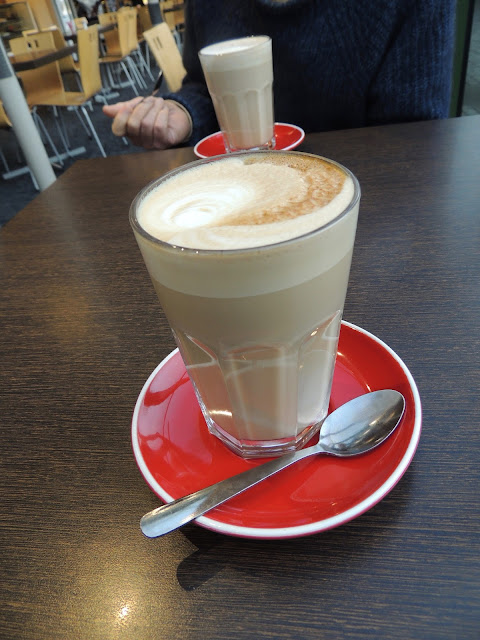 Art's happy because in the tiny hamlet of Portobello there's a restaurant called the 1908 Cafe that was closed when we tried to visit in 2015 but is open on our return to town.  Fish and lamb skewers complete the day. 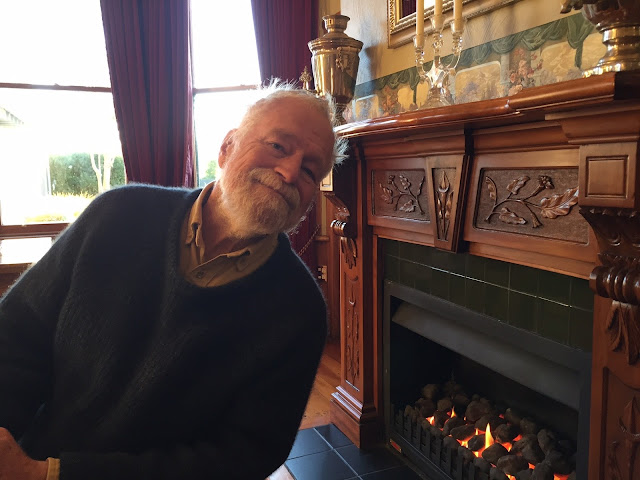