This was a spectacular journey from Dunedin to Middlemarch, a tiny town along NZ's rail trail, which you can bike for many miles. 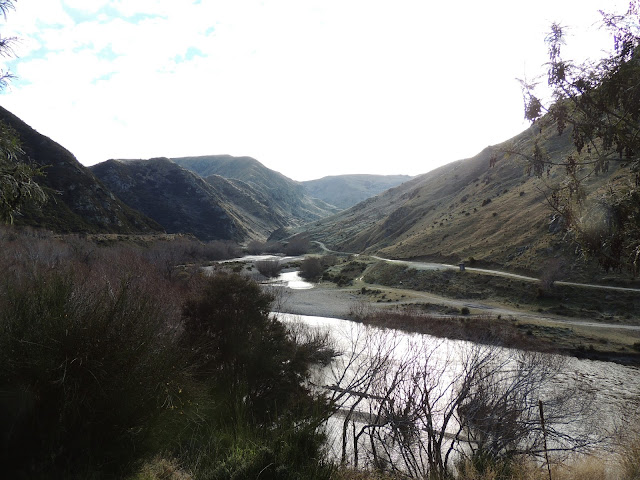 The route for this railway was chosen in 1877 because it opened up the largest area of Crown lands, presented the fewest engineering challenges, and was the most direct route to Dunedin. 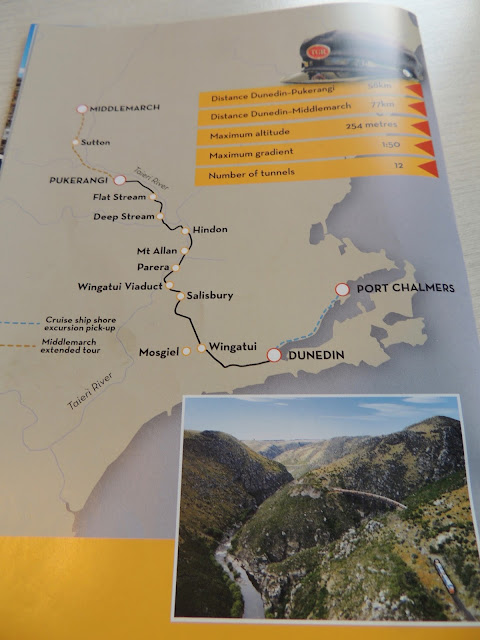 It's difficult to believe there weren't many engineering difficulties looking at these sheer drops of rock (100 million years old, the informative speaker told us) into the Taieri River. 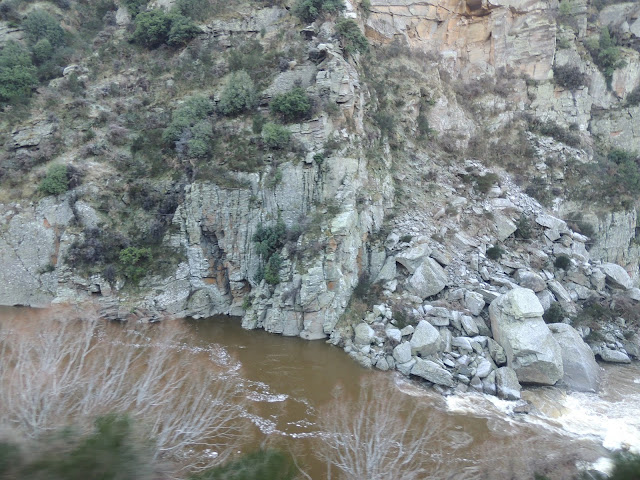 By the mid-1870s the gold rushes in Otago were over and there was great interest in the agricultural potential of the lands outside Dunedin. Roads were notoriously bad and a railway was viewed as the best means of improving transport and communication. See the tunnel over there at about 3 o'clock? There are 12 along the route we took. 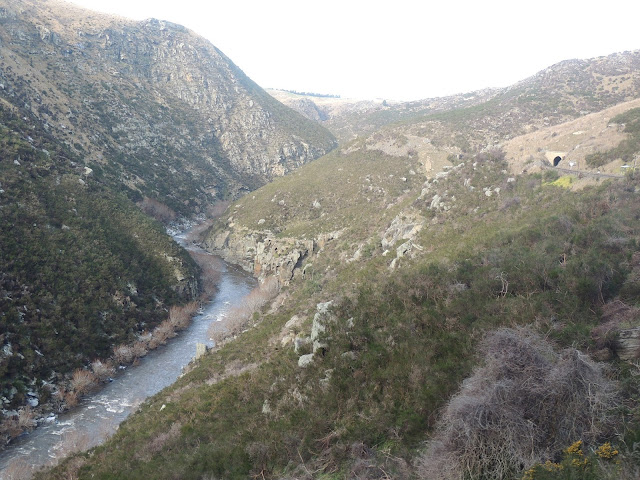 Construction began in 1879, but quickly became a victim of the economic depression that lasted throughout the 1880s. It wasn't until 1889 before the first section was opened, and that was just the 27 km to Hindon, right in the middle of the Taieri Gorge. We made a brief stop there. 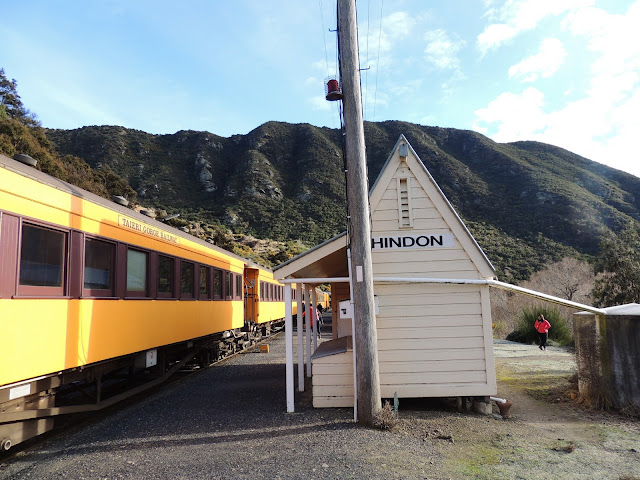 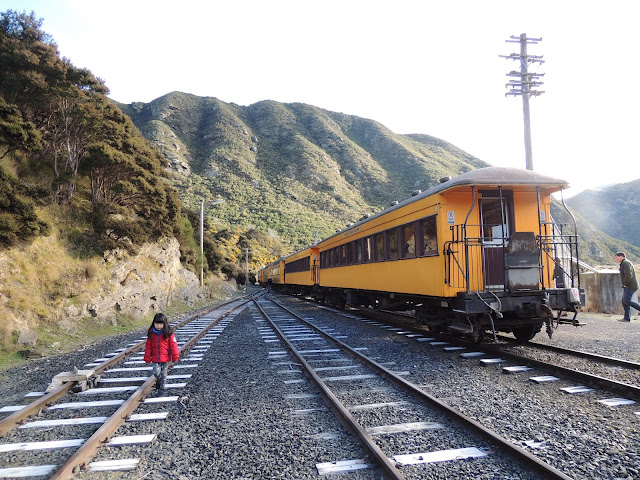 The gorge is daunting (not to mention standing outside on the platform while the train is moving). This section of the track required 16 new bridges. 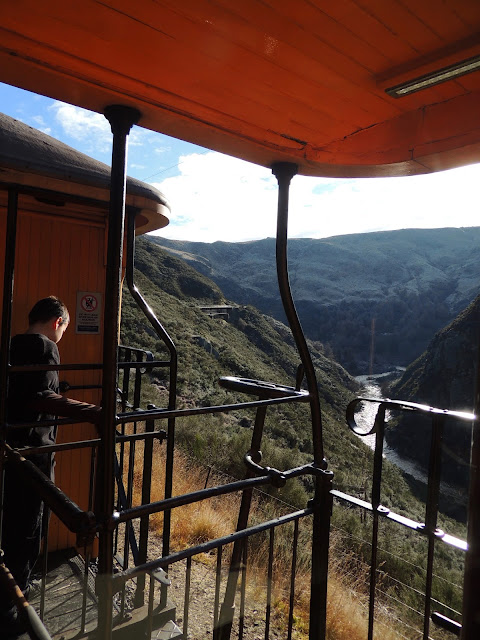 The route wasn't completed farther north in Cromwell until the early 1900s. The railway played a significant part in the development of Central Otago, moving tons of produce, fruit, and livestock between points north and Dunedin. For reasons I'm not entirely clear on, in 1990 the line was closed and this delightful 60-km tour, operated privately, is all that remains. 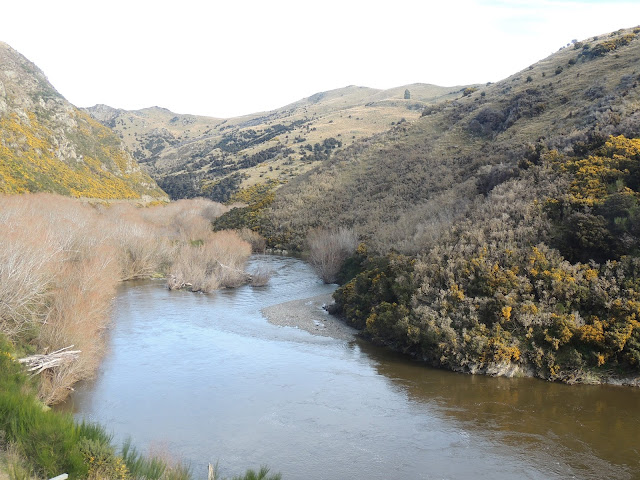 There are enormous sheep stations in some areas of the train's path. 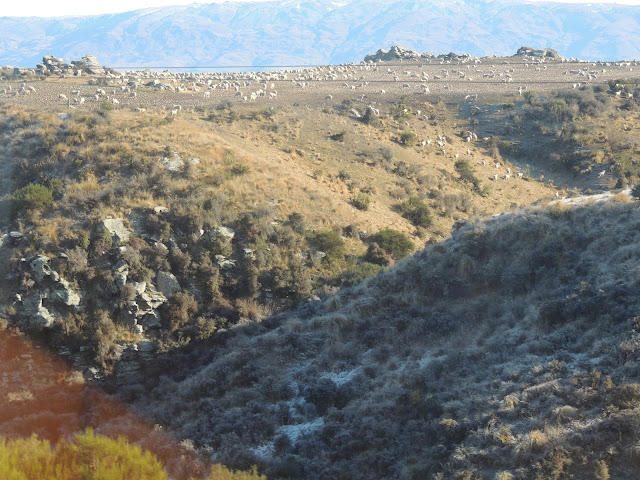 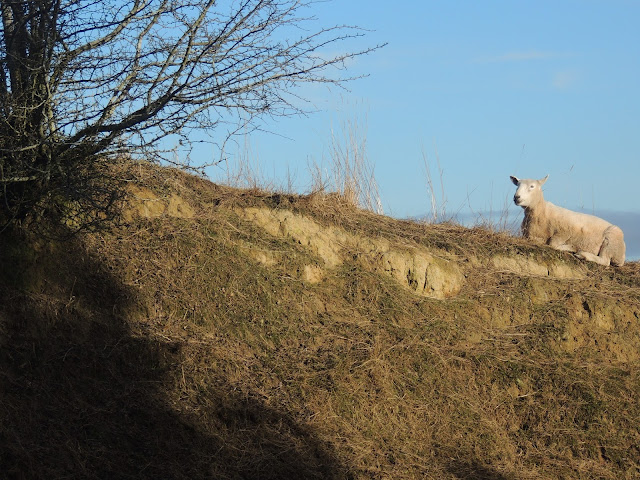 Despite it all, we spy someone's getaway home--no cell service or transport here other than the train. 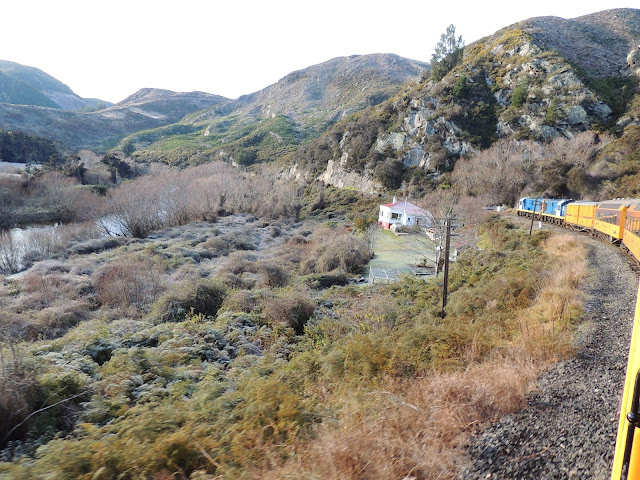 There are scant few roads along the track's path. 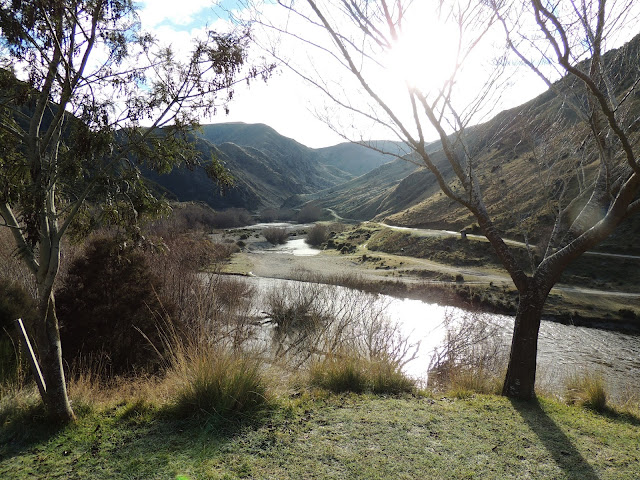 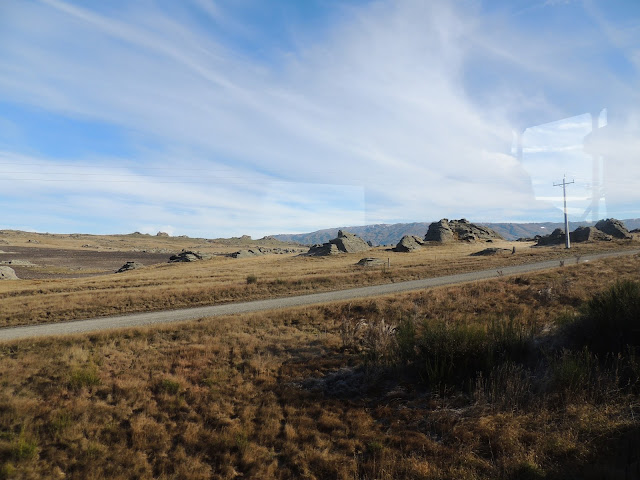 We stopped in Middlemarch for a pub lunch and reboarded for the journey home. 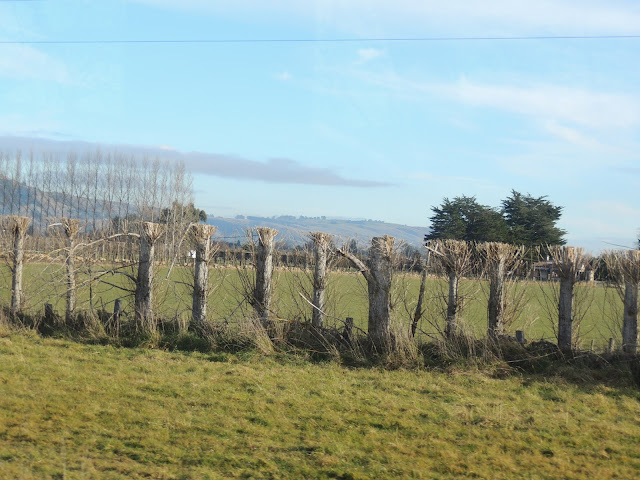 Many stone viaducts breach the gaps. 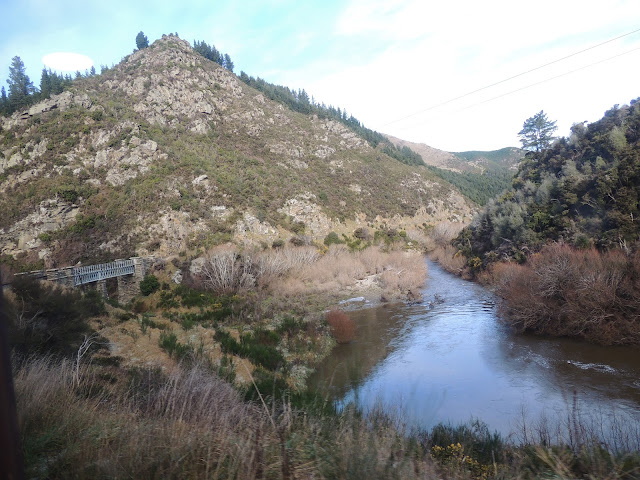 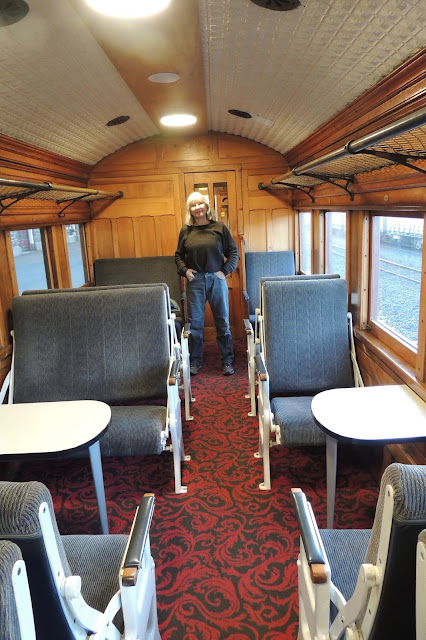 Rugged and spectacular, it was a relaxing day on the rails. 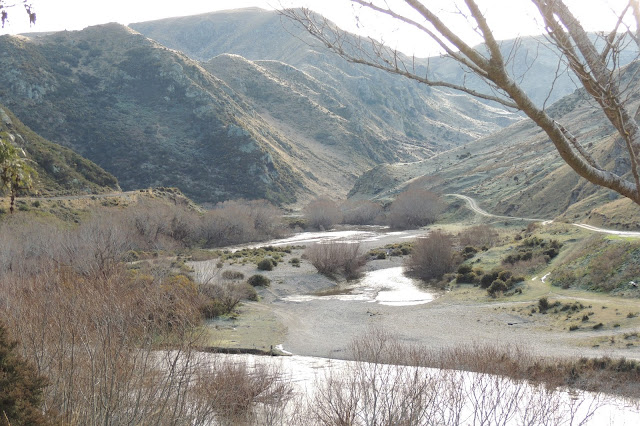